During the tournament in Singapore, I had a very bad cough and sore throat. On the day itself, my voice was 3 times lower than usual, and my energy level was horrible. However, this did not stop me from goofing around with friends that I don’t see on a weekly OR monthly basis.

Since I knew in advance that I had a couple of major events in March, I decided not to pressure myself and do too many speeches. Hence, I decided to participate in only two speech events.

This removed all my stress, and I could focus on doing my best (despite being sick), having fun, hyping up my friends, and connecting with people that I hadn’t seen for a while. The SG tournament went by in a flash, and soon it was April.

The time between the tournament in SG and Malaysia was only 3 weeks, and everyone thought that they would be able to improve their speeches and have more time to practice. However, I found myself swamped with some backlogs of homework, and the shared responsibility of planning for the tournament in Malaysia.

I am part of the Area Student Leader Team, and we were tasked to plan for the Meet and Mingle (a time for community evaluators, guests or participants to ask questions and mingle with the student leaders) and the Showcase (when we give out awards, and revisit why we do what we do). During the three weeks in between, we were busy planning, contacting people and making sure everything would go smoothly.

The few days leading up to the tournament was a flurry of excitement.  This was the first ever tournament in KL. And everyone was very excited! Instead of having the majority of students who are participating come from chapters (like in Singapore), the participants would be from learning centres who were using a different set of materials from ICC from those of us in chapter.

The team went up together and had quite a lot of fun along the way to KL. We ate and walked around a bit, before finally arriving in KL. The next day, we were taken around the venue to familiarize ourselves, and after lunch, had round table training. In March, I was sick, and was not able to attend the round table training in Singapore. Since most of the participants in Malaysia were learning center students, we had quite a lack of round table facilitators. Thus, I decided to sign up as a facilitator instead of a participant.

Leading a team to reach a consensus seemed really challenging, and I was unsure of my ability to do so. I am so thankful for the team that was assigned to me during the round table training. Even though I was younger than two of them and older than one participant, we managed to work really well together.

At first we felt really awkward. However, after a while we warmed up, and were soon more comfortable with one another. I was fascinated by how my teammates and I were able to come up with a simple and easy-to-implement solutions that no one had thought of before. We had used the same scenario 2-3 years back, and I was not sure if we’d come up with something innovative. But, WE DID! I felt encouraged by how my teammates affirmed me as a facilitator and this boosted my confidence. 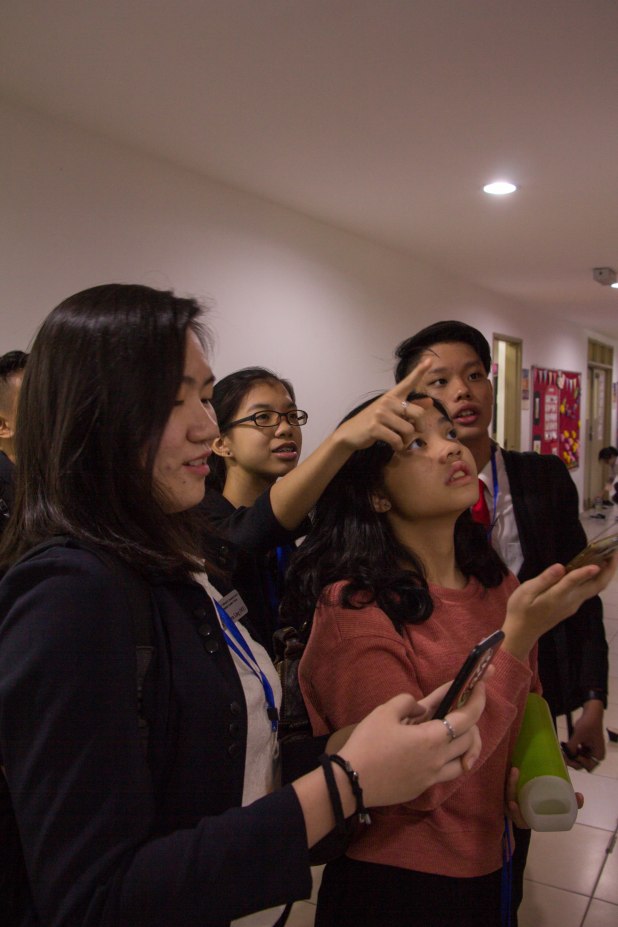 I don’t usually set my alarm to wake up at 6am, but it’s advisable to do so on tournament day. We were supposed to reach the church at 7am to set up and be ready for students coming at 8am. Semi-sleepy student leaders and adults entered church with their papers, suit jackets and laptops and we were ready for whatever was ahead of us. Needless to say, although our stomachs had butterflies, we had smiles on our faces. Throughout the day, we found time to crack jokes, take pictures and maybe even nap for a bit.

The tournament in Malaysia had a drastically different atmosphere, and even though we had so many participants, it felt very warm and cozy.  I am very thankful to be given the opportunity to  say “I was at the first ICCFS in Malaysia”. While listening to the speeches that some learning center students presented, my jaw dropped multiple times. A couple of them were very eloquent and spoke WAYYY better than I did when I was doing the first level of the Young Speakers Guild curriculum. The only thing I was nervous for was the Showcase. My role was to emcee with a teammate in the Area Student Leader Team, and I had only memorized my lines the day before. I was supposed to emcee in Singapore, but because I was sick, another team member filled in for me. So I had my chance to emcee in Malaysia!

Even though there was some miscommunication, and a few hiccups, the showcase went smoothly, and everyone had a great time. By the time we finished, we were EXHAUSTED. Everyone had been up from 6am, probably slept past midnight, and it was approaching 8pm. After cleanup, everyone entered into a zombie-ish state. Since we value community and fellowship so much, we decided to have dinner as a team to round up the day and still have fun. We went to a Syrian restaurant nearby, and it was DELICIOUS. I think I was the most awake as I didn’t have 4/5 speeches to do, and it was quite entertaining to see people when they’re tired. There’s a state of exhaustion when one just becomes so out of his/her mind that they do silly stuff and become “high”. 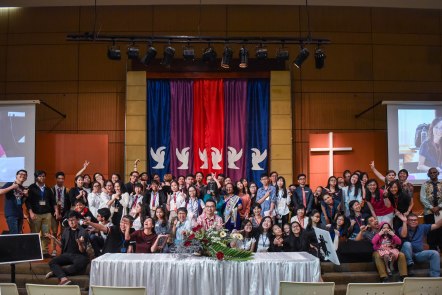 It was hard to cope with post-ICC event emotions, as during ICC events we work so closely and were under much stress, but at the same time have such a great time connecting with each other that the stress doesn’t really matter anymore.

If I could sum up the SG and MY ICCFS 2019 in one word, it would be “Community”.
Community is one of ICC’s core values, and I could really see how we worked as a community to make ICCFS happen. Not only in Singapore, but in Malaysia as well. We are not just doing what we do for ourselves, but we are serving one another.  I would not trade this experience for anything even though I was physically and mentally drained during the few weeks leading up to both tournaments.